The UAE has become the first Arab state to officialy normalise diplomatic relations with Israel with the signing of a historic peace deal. The so-called “Abraham Accord” announced on August 13, outlines Israel’s plan to stop annexing Palestinian territories in the West Bank. Some conspiracy theorists, however, see this peace deal as a sign of biblical prophecy unfolding

According to the blog Bible Prophecy – Signposts of the Times, the treaty could be related to something known as the Gog-Magog alliance.

Gog and Magog appear in the Bible’s Old Testament as both individuals and lands that will oppose Israel, although their exact nature is never fully revealed. 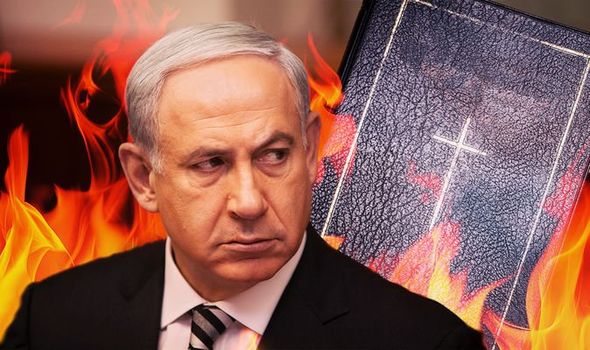 Some theorists have linked the figure of Gog to the Antichrist, who will arrive just before the Last Judgement.

The names also appear in the New Testament’s Book of Revelation, where it is said Satan will be set forth to deceive the nations “in the four corners of the earth, Gog and Magog”.

According to Signposts of the Times, the Israel peace deal could be linked to Gog and Magog through Ezekiel 38.

Suggested reading and viewing by Zia H Shah MD, Chief Editor of the Muslim Times about how to read the scriptures, the Bible and the Quran

Book Review: The Bible, The Quran and Science

Science: The Only Present Day Arbiter Between Religions?

Did Noah Take Kangaroos with Him in the Ark?

Are Religions Pluralistic or Myopic and Parochial?

Proposing Daryl Davis as a Peace Maker for Palestinians and Israel, for he attends KKK rallies, despite being black

How can we build the Third Temple together?

Corona Fear’s Cure: Chanting from the Bible and the Quran

True Fasting: A Message of Compassion and Love from the Old Testament

Is Human Life Sacred: The Body and the Spirit?

I Was Raised Muslim By an Ex-Catholic and a Former Jew. Here’s What Ramadan Teaches Me That No Other Holiday Has

Video Book Review: The First Muslim: The Story of Muhammad

Jewish Perspective on the Rights of Neighbors