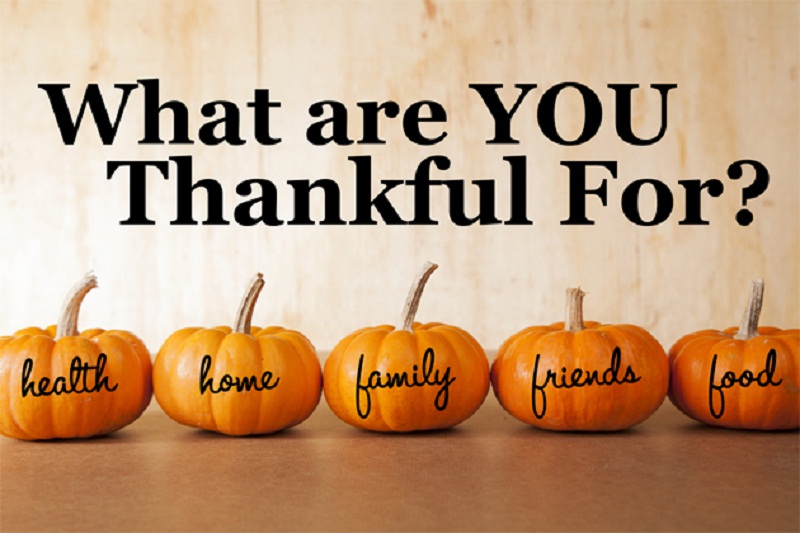 Thanksgiving Day is a national holiday celebrated in Canada, the United States, some of the Caribbean islands, and Liberia. It began as a day of giving thanks for the blessing of the harvest and of the preceding year. Similarly named festival holidays occur in Germany and Japan. Thanksgiving is celebrated on the second Monday of October in Canada and on the fourth Thursday of November in the United States, and around the same part of the year in other places. Although Thanksgiving has historical roots in religious and cultural traditions, it has long been celebrated as a secular holiday as well.

Surah Fatihah the opening surah of the Quran, describes four fundamental attributes of Allah; Al-Rahman, the Gracious or the Lord of Mercy and Compassion, is one of them. The commentary of the third verse of Surah Al Fatihah: The Opening, discusses the attribute of the Gracious in some detail.

In Surah Rahman, which is the 55th chapter of the holy Quran, Allah cites many examples from the created world, for example, the sun, the moon, water, different fruits and tress and corals and pearls to remind mankind of different favors He has bestowed on us, even without our asking or any effort on our part.

Every one of us who has enjoyed a drink in a moment of extreme thirst knows that we can never over state the case for water. However, few pause to note what creativity has gone into making water a great boon for our lives. We have some wonderful suggested reading in this regard: Provident God of the Abrahamic Faiths: Plain Water will Tell you the Story.

According to Seyyed Hossein Nasr and colleagues, in their recent commentary of the Quran in the introduction to this surah:

The ﬁrst section of the surah (vv. 1-25) discusses the nature of the Compassionate as Creator, Teacher, and Revealer and the blessings He provides in the created world. It then transitions into an extended discussion of the blessings of Heaven and its many Gardens. The duality between Heaven and earth and the dualities within them are present throughout the surah. This thematic structure is reﬂected in the grammatical structure, which employs the dual form in many of the verbs and pronouns and in the refrain, addressed to both human beings and jinn, So which of your Lord’s booms do you two deny? This duality is offset by the discussion of the Compassionate in vv. 1-10 and by vv. 26-27, which emphasize that God remains while all else fades away. Appearing in the middle of the surah, these verses imply that God’s Essence is the center that lies at the heart of and yet transcends all dualities, even those in the Gardens of Heaven. V. 27 is then echoed in the last verse (v. 78), showing that just as God transcends the blessings of this earth, so too does He transcend the blessings of Heaven.

Allah wants the believers to direct their gratitude for His beneficence into mutual compassion for each other, leading to the all important verse in this surah: “Is the reward of goodness anything but goodness?” (55:60/61)

This surah not only advises about Divine and human compassion, but delivers a very profound message of justice in human affairs. It says that if there was no balance or justice in the laws of nature, our universe or solar system could not exist: “The sun and the moon follow their calculated courses, the plants and the trees submit to His design. And the sky, Allah raised up high, and He set up the balance for every thing. That you may not disturb the balance, so weigh with justice, balance and equity and don’t fall short in the measure!” (55:5-9/6-10)

Incidentally, these verses also deliver a very powerful message for preserving our environment and fighting the global warming together as one human family.

The chorus or refrain, فَبِأَيِّ آلَاءِ رَبِّكُمَا تُكَذِّبَانِ “Which then of the bounties of your Lord will you deny?” is repeated 31 times in this surah. We respond in gratitude by saying, there are countless bounties of the Lord of Mercy that have gone into making our universe a suitable aboard or biophylic for us. To paraphrase Stephen Hawking’s recent book that he has co-authored with Leonard Mlodinow, The Grand Design, judging by the number of possible universes in our multiverse, there may be ten raised to the power 500 variables that make our universe biophylic, which are as many reasons to believe in and pay homage to and worship our Gracious God. Here is a suggested reading to explore these variables further: Ten Raised to Five Hundred Reasons for Our Gracious God.

Almost Everything You Learned About Thanksgiving Is Wrong